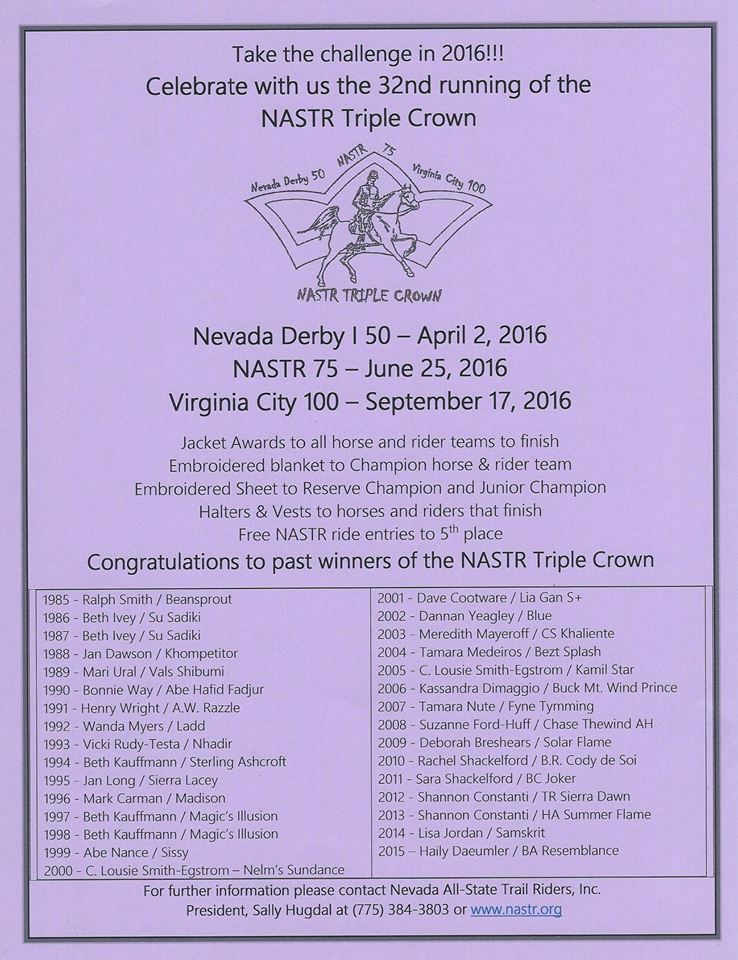 Take the challenge in 2016!
32nd running of the NASTR Triple Crown:

Hope you can join us for the NASTR Triple Crown! Nevada Derby 50 - NASTR 75 - Virginia City 100. We have a new date and a new location for the NASTR 30/50/75 this year. The ride will be relocated from Dayton, NV to the Carson River Ranches Scout Camp near Fort Churchill State Park in Silver Springs, Nevada. The new date is June 25, 2016.